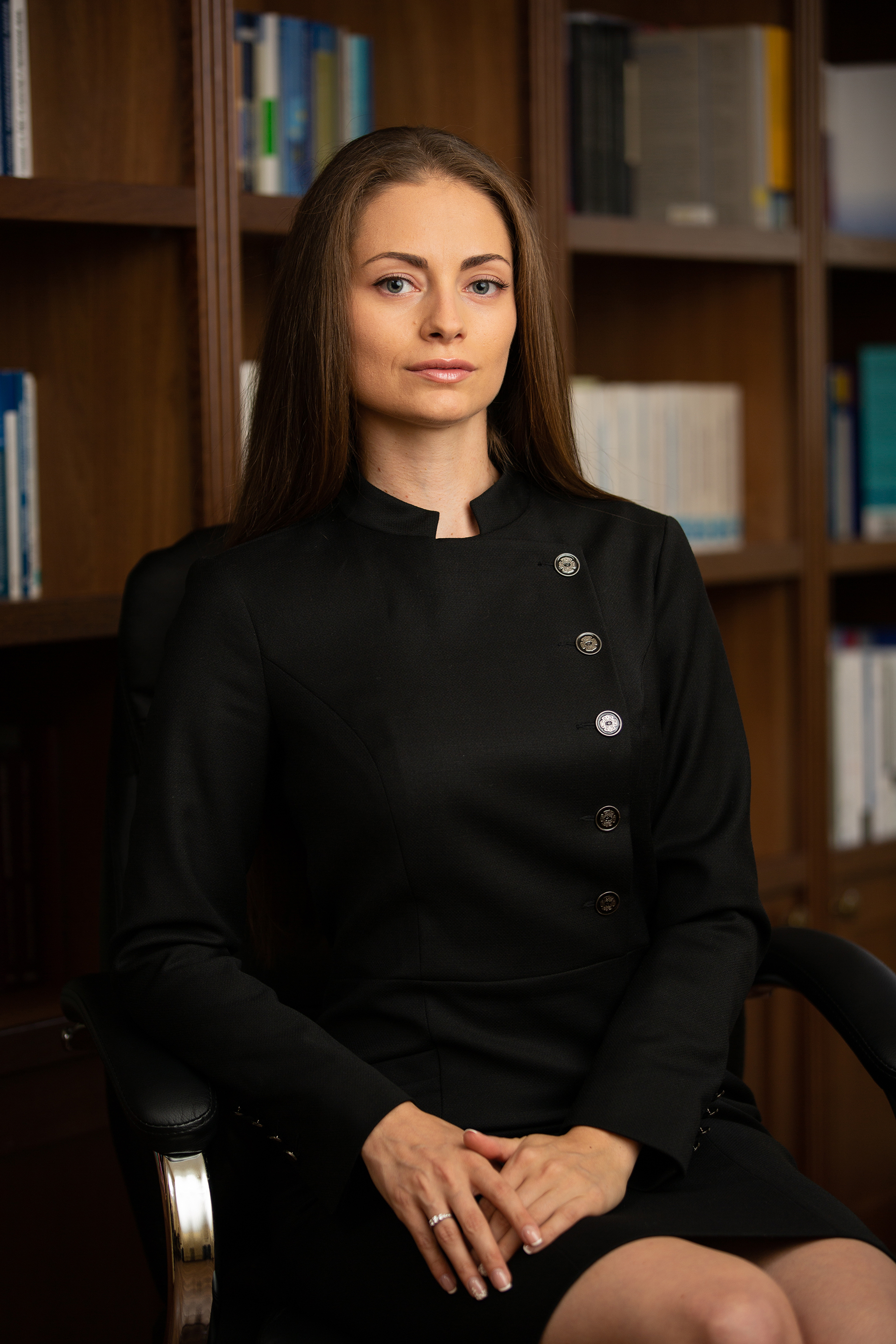 Agapia Kirilova obtained her LL.M from Sofia University “St. Kliment Ohridski” in 2016. In 2017, she obtained a Master’s Degree in European Union Law from Université de Lorraine in Nancy, France. Her Master’s thesis was on the subject of “Arbitral Awards of International Investment Arbitration Tribunals and the Legal Framework of State Aid in the EU”.

In January 2018, she became the laureate of the Embassy of the French Republic for the best Master’ Thesis in French. Since February 2018, she has been a Ph.D. Student in EU Law at Sofia University with subject of her Ph.D. thesis: “Judicial review of the acts of the European Commission and the Commission for Protection of Competition in Bulgaria, adopted in exercise of their powers for the protection of competition in the EU”. In 2019, she was awarded the scholarship of the French Institute for a Joint Ph.D. degree and since 2018/2019, she has been a Ph.D. Student at the Université de Lorraine in Nancy.

In 2014, when she was still in her third year of studies as Sofia University, she earned the award for “Best Oralist” at the EU Law Competition EUROPAEUS, with her team qualifying second. The moot court case was in the field of Competition Law Protection in the EU and specifically the abuse of dominant position.

In 2015, her team qualified second in the Europa Moot Court Competition, an international competition in EU Law organized by the office of the First Advocate General Melchior Wathelet and held in Kavala, Greece. The moot court case was in the field of State Aid. In 2016-2018, she has been assistant-coach of the Sofia University teams for the Europa Moot Court Competition. Two of the teams she coached qualified third and one of them qualified fourth in the competition.

In 2014-2016, Agapia Kirilova was an intern at Sofia District Court and Sofia City Court through the course of her participation in the Fulbright Internship Program.

In 2015, she completed a two-month internship in the “Competition and Intellectual Property Law” Department at Bersay et Associés, a leading law firms in France.

She is fluent in English and French.